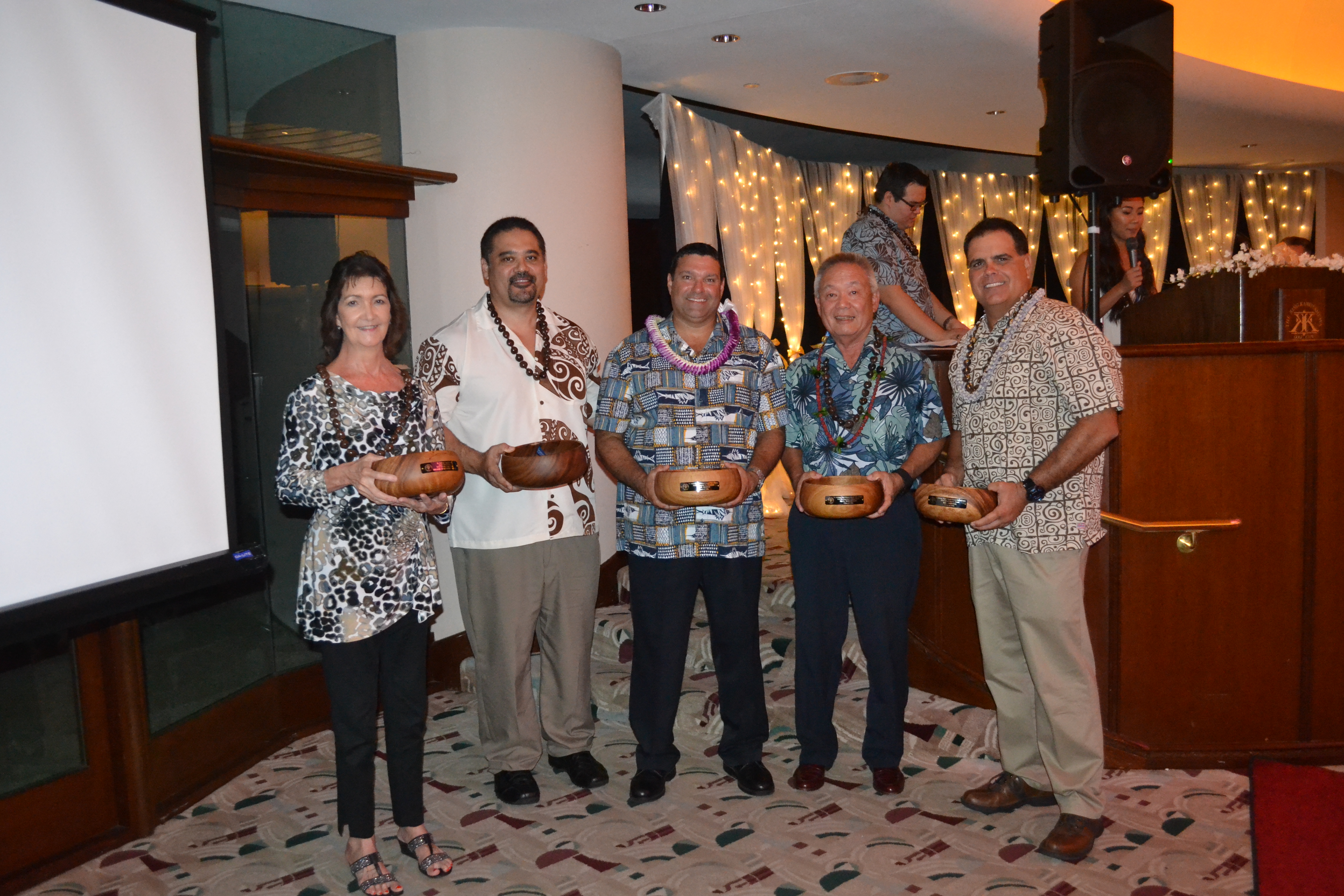 Calling for nominations to 2017 Alumni Hall of Fame

St. Anthony School has opened nominations for its 2017 Alumni Hall of Fame.  Awardees will be honored at this year’s Strength in Unity Gala on October 28 at the King Kamehameha Golf Club.

The St. Anthony Alumni Hall of Fame gives recognition to graduates or honorary graduates each year in the following categories: School Service, Community Service, Outstanding Athlete and Distinguished Alumni of the Year.

The school also presents a Guardian Angel award to non-alumni supporters of St. Anthony who have demonstrated loyalty, honesty, integrity and service. The recipients have given their time, talent and treasure to ensure the success of St. Anthony School.

The 2016 honorees were 1966 graduate Paul Mizoguchi, vice president of retailing for HouseMart, who was selected for the Distinguished Alumnus Award; Wil Cambra, Class of 1986, for School Service; David Gomes, Hawaiian Cement general manager, also an ’86 graduate, for Community Service; and Dr. Brady Shirota, a dentist and ’88 graduate, who played on the St. Anthony football championship team.

Nomination forms for the 2017 Alumni Hall of Fame are available in the St. Anthony School Admissions Office. You can also click here.

David Kenney is the Head of School. Originally from Massachusetts, David immensely benefited from a Catholic high school experience, attending St. John’s Preparatory School, run by the Xavierian Brothers, in Danvers, Massachusetts. He is a proud member of the 1989 centennial graduating class of the Catholic University of America, in Washington, DC. He additionally holds a Master of Education and Certificate of Advanced Graduate Studies from the University of Massachusetts at Boston. He is blessed to have grown up in a family with strong faith, and the richness of both Portuguese and Irish heritage.

Initially trained and credentialed as a School Psychologist, David has over 30 years experience in education, with the majority of that time spent in administration and leadership positions. David has worked extensively with teachers to determine effective learning approaches and interventions to address a diverse range of learners. He worked as a special education administrator for fifteen years in Massachusetts before moving to Hawaii. Prior to coming to St. Anthony’s, David was an educational officer with the Hawaii Department of Education, serving as a District Educational Specialist in Maui District. Among other responsibilities, he supervised the Baldwin Kekaulike Maui Complex Area’s School Based Behavioral Health program.

David moved to Maui in 2016 with his wife Kathleen. They were married in 2003 and lived in Plymouth, Massachusetts prior to being blessed with the opportunity to come to Maui. They enjoy theater, concerts, travel and time with friends and family. They are proud to be parishioners of St. Anthony’s – a vibrant active parish where all are genuinely welcomed. David also serves in the parish music ministry as the organist for the 7:00 Mass on Sundays.

We have been attending Zoom meetings, teleconferences and discussions over the past few months and have taken guidelines and recommendations into consideration. We have the ability and the space to provide safe, on-campus instruction and activities and need the support and cooperation of all staff, parents and students to successfully adjust how we start each day, monitor student and staff health during the day and gather for activities or meetings during and after school.

Signs will be posted across our campus reminding everyone that social distancing is expected, consistent hygienic practices are required and outlining traffic patterns for student drop offs. We will be using non-contact temperature scanners every day for all staff and students. All of this means we need to redesign how our students enter campus and their classrooms. We believe that this will ensure a great start to each day and that, over time, these new routines will become familiar and efficient. Please check our website for updates and more specific directions as we approach the start of school on August 4th.