St. Anthony School and Church are situated on 14.3 acres bordered by Lower Main and Mill streets in Wailuku, Hawaii, on the Island of Maui. 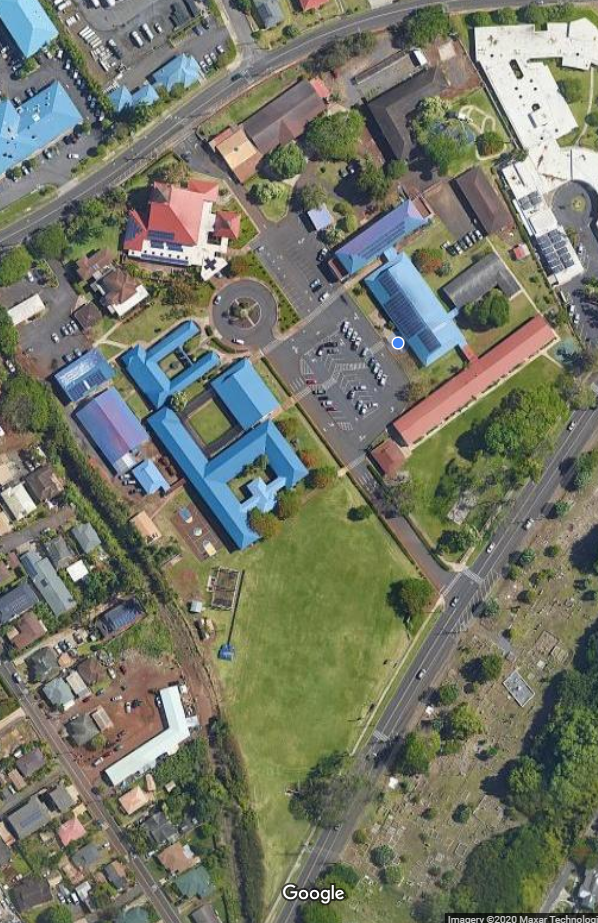 Formerly under the ownership of the Parish, the cafeteria is officially part of the school campus.  Many upgrades were done such as including the addition of round tables to ensure a Marianist spirit during daily student meals.  The stage, drop down projection screen, and seating for up to 250 is regularly used for events such as student film festivals, Veteran’s Day Assembly, Band Concerts, Sports Banquets and more.

The basketball court was resurfaced and has new hoops. 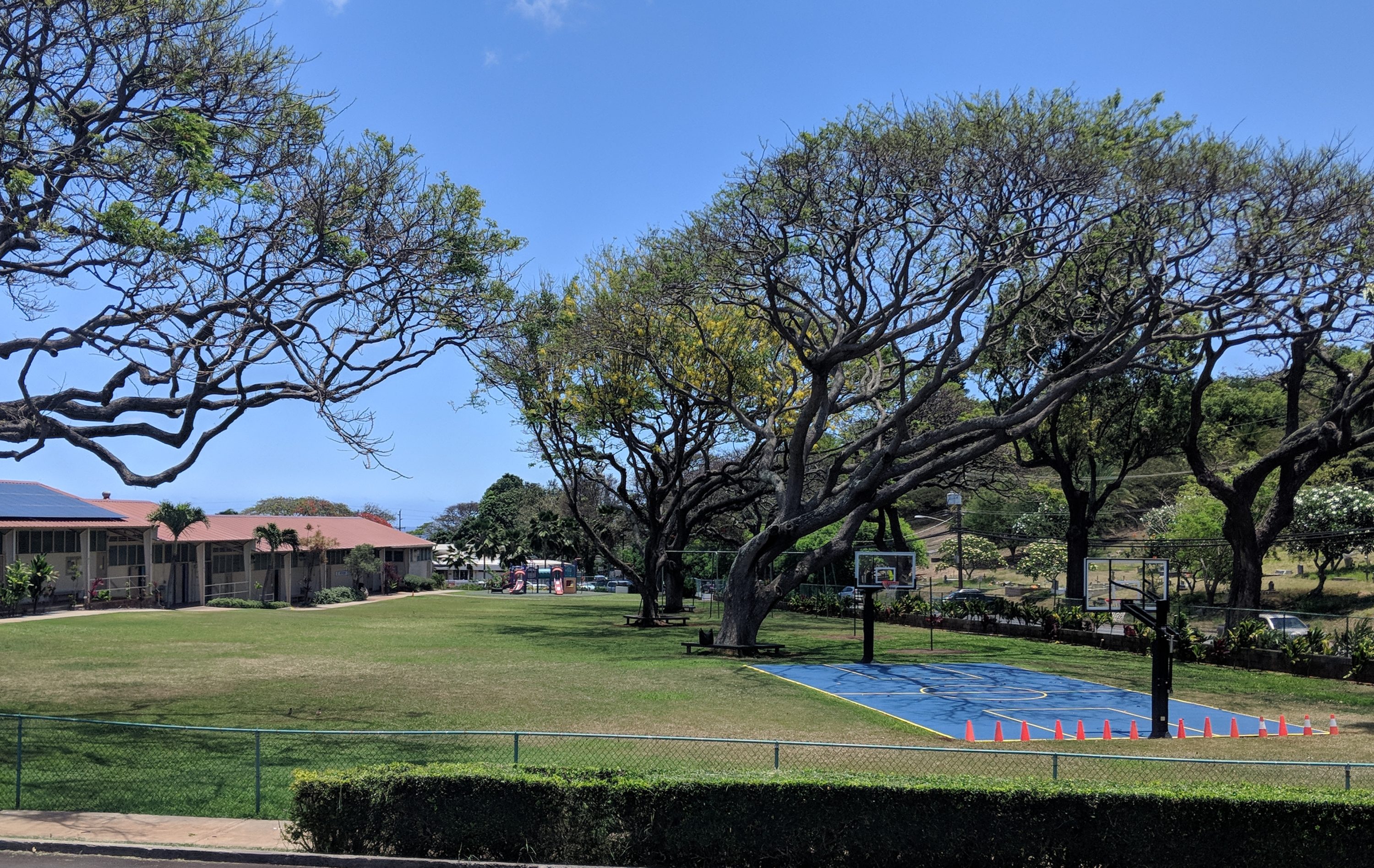 Housed in “The Flex” are the Library, undergoing full digitization, the Wong A Innovation Station Computer Lab, and the Communications and Media Lab which houses a state of the art broadcast studio.

The Middle School Sports Court is opening in 2020.  Along with a new Air Riflery Area.

The St. Anthony School Gym Campaign continues.  It will be a fabulous addition to the campus facilities once complete.

History of the Facilities

The school was officially opened on September 10, 1883 by the first of three Brothers. Beginning in 1884, The Franciscan Sisters of Syracuse, New York staffed the girls’ school. The Maryknoll Sisters of St. Dominic began teaching as St. Anthony in 1928, with Sister Mary Celeste as principal. Dedicated lay teachers joined the St. Anthony faculty in 1950s.

Chaminade and Damien Hall were erected in 1925 when Reverend Justin Van Schayk was pastor of St. Anthony Church. Today, these historic buildings house the school administrative offices as well as ten classrooms and two computer labs. Maryknoll Hall was built in 1940 and today holds eight classrooms, an art studio and counseling offices.

The science facility was completed in 1967 with Father Alfred Vann, SS.CC. as pastor. A year later, the school became a coeducational institution and the junior high was added in 1971. The science labs were completely renovated and rededicated as the E. L. Weigand Science Building in 2005.

Marian Hall, the cafeteria, was built in 1959 while Father Robert Schoofs, SS.CC., was pastor. The Bishop Sweeny Memorial Library was built in 1965 while Father Walter Demeyer, SS.CC. was pastor. The library was renovated in 2002 and now houses the Harry C. and Nee Chang Wong Media Center. It is undergoing further renovation today as a FLEX Learning Center and includes a robotics lab, computer labs, and a communication and media lab.

In 1980, the parish and community rebuilt St. Anthony of Padua Church in 1980 in the modern style after a fire destroyed the earlier Gothic-style church in 1977.